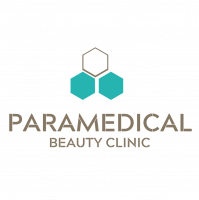 Unveil the Real Beauty in YOU!

Scars are unfortunately a natural part of life and most people that you meet will have at least one, but that doesn’t mean we don’t want to hide or get rid of them. In certain cases, scars are not only unattractive and unappealing, they can also impair movement. For this reason, scar treatment is a popular cosmetic treatment that comes in both surgical and non-surgical forms that is used to minimize, hide or eliminate your scars as well as treating other scar issues such as itching and sensitivity.

This treatment comes in many forms as we will take a quick look at each of these forms of scar treatments. This first treatment is skin flap surgery, or various w/y/z plasty to adjust and realign the scar. Excision is the complete removal of the scar in order to leave a smaller, and finer scar. Laser treatment is a process in which resurfacing lasers are used to minimize the appearance of scars and improve the texture of the scar. If you plan to undergo one of these procedures, it is important to wait around a year after getting the scar as many scars simply fade and become unnoticeable over time, meaning scar treatment is not necessary.

All these treatments have their own uses and are used to treat different types of scars and the treatment depends on many factors such as size and density of the scar, the location of the scar, when the scar occurred and many other factors which your cosmetic surgeon will use to determine the appropriate treatment for your scar.

There are four main types of scars that one can receive and it is important to know what type of scar you have before undergoing a procedure as certain procedures don’t work on certain scars, however, your cosmetic surgeon will determine what kind of scar you have and the appropriate treatment for each scar. The four kinds of scars are

These scars usually result from an overly aggressive healing process and are primarily composed of collagen, leading to an overgrown scar. They are firm, rubbery lesions or shiny, fibrous nodules and their colour varies from pink to red to dark brown. These scars are benign and not contagious. Keloid scars sometimes cause itchiness and pain as well as changes in texture and in severe cases they can affect the movement of the skin.

These scars refer to the tightening of the skin after a second or third-degree burn. When skin is burned, the surrounding areas pull together and tighten which results in a contracture. These scars need to be treated as soon as possible due to the scar causing a restriction of movement around the injured area. Usually require flaps and revision surgery.

As the name suggests, acne scars occur after cases of acne, typically during the adolescent years. Acne scars usually only form in people who have had more severe cases of acne. Within the area of acne scars, there are many sub-forms of scars such as macular and boxcar scars each of which has different treatments. For this reason, it is important to consult Dr Young to determine the type of scar you have so that you can undergo the correct treatment. Usually require multiple sessions and modalities to get the maximal result.

The procedure for each type of scar is different, depends on the types of scars, also your expected outcome.

This type of scar is treated through surgical methods, primarily through a skin graft. Firstly, the scar area is removed from the skin, then either a skin flap is lifted over the area to form a new incision line or a skin graft is used in which a layer of skin is moved from a healthy part of the body to the affected area. This will typically leave a far smaller scar that is less visible and does not affect your movement in the area once the healing process is completed.

These scars are typically treated through injections of steroids into the scars which reduce the size of the scar making them less noticeable and less visible. If this treatment is not satisfactory, scars are then removed surgically and the incisions are closed with fine stitches. This leaves scars that are far smaller, less prominent and less visible, compared to the original scar.

Each of these procedures is often either used alongside or after the use of over the counter or prescription creams, ointments and gels, where these products have proven to be ineffective at making the scar smaller and less visible.

Scar treatment has minimal risks involved with the procedure and is relatively safe in most cases. The risks are different for every patient and every type of procedure, however, there are some main risks that are associated with scar treatment which include:

With each of these risks, there are a number of ways to minimize the potential of these risks and the effect they have and we will discuss these in the recovery guidelines section. However, since every risk associated with scar treatment procedures is different for each patient, talk with your cosmetic surgeon about the risks involved with your intended procedure so that you can determine whether you are ok with the risks that are involved.

The recovery from these procedures depends on the specific procedure as well as the patient, however, below we will provide some general guidelines for your recovery from scar treatment. Firstly, for the first week after your procedure, decrease the amount of activity you undergo, especially more strenuous activities such as exercise. Additionally, in order to reduce the swelling of the affected areas, gently applying cold compresses to the area. Finally, for about a month avoid any activity that places stress on the area of the procedure as they will hinder your recovery.

If you take any medication, make sure you clear it with your surgeon first as while most medications are ok to take, certain medications can have a harmful effect on you and your recovery.  Complete recovery from your procedure in some cases will take a year or more to occur, however, results are noticeable immediately and as time passes you will notice better and better results, as your scar becomes smaller and less noticeable.

Cost varies significantly depending on the difficulty of the procedure, if it is done in conjunction with other procedures as well as numerous other factors. A lot of these treatments can only be treated by certain cosmetic surgeons so make sure that your cosmetic surgeon can perform this procedure in an effective manner.